MBTI: The fad that won´t die

Although criticism of the MBTI is not new and widely known, hundreds of coaches, consultants, HR-managers and companies like McKinsey still use the popular personality test.

My name is Adam Grant, and I am an INTJ. That’s what I learned from a wildly popular personality test, which is taken by more than 2.5 million people a year, and used by 89 of the Fortune 100 companies. It’s called the Myers-Briggs Type Indicator (MBTI), and my score means that I’m more introverted than extraverted, intuiting than sensing, thinking than feeling, and judging than perceiving. As I reflected on the results, I experienced flashes of insight. Although I spend much of my time teaching and speaking on stage, I am more of an introvert – I’ve always preferred a good book to a wild party. And I have occasionally kept lists of my to-do lists.

But when I took the test a few months later, I was an ESFP. Suddenly, I had become the life of the party, the guy who follows his heart and throws caution to the wind. Had my personality changed, or is this test not all it’s cracked up to be? I began to read through the evidence, and I found that the MBTI is about as useful as a polygraph for detecting lies. One researcher even called it an “act of irresponsible armchair philosophy.” When it comes to accuracy, if you put a horoscope on one end and a heart monitor on the other, the MBTI falls about halfway in between.

Now, if you’re an MBTI fan, you might say it’s typical of an INTJ to turn to science. Touche. But regardless of your type, it’s hard to argue with the idea that if we’re going to divide people into categories, those categories ought to be meaningful. In social science, we use four standards: are the categories reliable, valid, independent, and comprehensive? For the MBTI, the evidence says not very, no, no, and not really.

A test is reliable if it produces the same results from different sources. If you think your leg is broken, you can be more confident when two different radiologists diagnose a fracture. In personality testing, reliability means getting consistent results over time, or similar scores when rated by multiple people who know me well. As my inconsistent scores foreshadowed, the MBTI does poorly on reliability. Research shows “that as many as three-quarters of test takers achieve a different personality type when tested again,” writes Annie Murphy Paul in The Cult of Personality Testing, “and the sixteen distinctive types described by the Myers-Briggs have no scientific basis whatsoever.” In an article, Roman Krznaric adds that “if you retake the test after only a five-week gap, there’s around a 50% chance that you will fall into a different personality category.”

Objects may be less accurate than they appear

A test is valid if it predicts outcomes that matter. If we’re going to use it in organizations, it should shed light on how well I’ll perform in a particular job or with a certain group of people. Although there are data suggesting that different occupations attract people of different types, there is no convincing body of evidence that types affect job performance or team effectiveness. As management researchers William Gardner and Mark Martinko write in a comprehensive review,  “Few consistent relationships between type and managerial effectiveness have been found.”

Apples and oranges are both fruit – but a potato isn’t

Categories are mutually exclusive if they capture different traits that are separate, and combine traits that have commonalities. Here, too, the MBTI misses the mark. Let me illustrate with two (of many) examples:

A comprehensive test assesses the major categories that exist. One of the key elements missing from the MBTI is what personality psychologists call emotional stability versus reactivity – the tendency to stay calm and collected under stress or pressure. This turns out to be one of the most important predictors of individual and group patterns of thought, feeling, and action, so it’s an unfortunate oversight. As another example, the judging-perceiving scale captures whether I’m an organizer and a planner, but overlooks the industriousness and achievement drive that tend to accompany these characteristics—together, they form a personality trait called conscientiousness. As personality psychologists Robert McCrae and Paul Costa sum it up, “the MBTI does not give comprehensive information on the four domains it does sample.”

Even introversion-extraversion, the trait the MBTI captured best, is incomplete. According to the MBTI, extraversion is about where you get your energy: from the outside world or the inner world. This is partially right, but it’s not because of a preference for interacting with people. Our scores are heavily shaped by how our brains process neocortical arousal. As Susan Cain explains in Quiet, “more than a thousand studies conducted by scientists worldwide” suggest that introverts “are more sensitive than extroverts to various kinds of stimulation, from coffee to a loud bang to the dull roar of a networking event.” Besides, it turns out that like all personality traits, introversion-extraversion is shaped like a bell curve: it’s most common to be in the middle. The vast majority of us are ambiverts: in Dan Pink’s words from To Sell is Human, most people are“neither overly extraverted nor wildly introverted.”

Caught in a bad romance

Why does the MBTI remain so popular in spite of these problems? Murphy Paul argues that people cling to the test for two major reasons. One is that thousands of people have invested time and money in becoming MBTI-certified trainers and coaches. As I wrote, it’s awfully hard to let go of our big commitments. The other is the “aha” moment that people experience when the test gives them insight about others—and especially themselves. “Those who love type,” Murphy Paul writes, “have been seduced by an image of their own ideal self.” Once that occurs, personality psychologist Brian Little says, raising doubts about “reliability and validity is like commenting on the tastiness of communion wine. Or how good a yarmulke is at protecting your head.”

Palm readings and horoscopes can spark insights too. That doesn’t mean we should talk about them in our work teams. As Little observe, “Insight from the Myers-Briggs can start that conversation, but unfortunately it often ends the conversation. You’ve got your type stamped on your forehead.”

In a Washington Post article, Does it pay to know your type? Lillian Cunningham asks whether we can send the MBTI back to the factory for some refurbishing. The response from Little: “It’s a little bit like taking a Dodge Caravan and trying to turn it into a Rolls Royce.” Instead, psychologists have spent the past half century building a better car from scratch, using the scientific method. That car is called the Big Five personality traits, and it meets the standards above. Across many of the world’s cultures, five personality traits consistently emerge: extraversion, emotional stability, agreeableness, conscientiousness, and openness. The Big Five traits have high reliability and considerable power in predicting job performance and team effectiveness. They even have genetic and biological bases, and researchers in the emerging field of personality neuroscience have begun mapping the Big Five to relevant brain regions.

The Big Five are far from perfect, and there’s growing support for a HEXACO model of personality that adds a sixth trait: honesty-humility. Right now, though, the biggest problem facing the Big Five is one of marketing. Most people prefer to be called agreeable than disagreeable—we need to repackage this trait as supportive versus challenging. I hope some of you will take up the challenge.

Until then, we all need to recognize that four letters don’t do justice to anyone’s identity. So leaders, consultants, counselors, coaches, and teachers, join me in delivering this message: MBTI, I’m breaking up with you. It’s not me. It’s you.

Published by courtesy of Adam Grant. 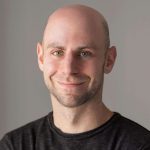 Adam Grant is Saul P. Steinberg Professor of Management and Professor of Psychology at the Wharton School in Philadelphia. He received his Ph.D in Organizational Psychology from the University of Michigan and his B.A. in Psychology from Harvard University. As an organizational psychologist, he is a leading expert on how we can find motivation and meaning, and live more generous and creative lives. He has received awards for distinguished scholarly achievement from the Academy of Management, the American Psychological Association, and the National Science Foundation, and been recognized as one of the world’s most-cited, most prolific, and most influential researchers in business and economics.