Schema Theory: Why leaders do the dysfunctional things they do

Schema Theory, an integrative school of psychotherapy, helps leaders learning to anticipate and mitigate damaging emotional patterns. An executive coach who is versed in Schema Theory can help them understand and manage their dysfunctional modes.

Early in a meeting to discuss marketing strategy, Daniel, the VP of marketing, interrupted his CEO, Paul, who had launched into a typically long-winded explanation of why his view of the way forward was the right one. Daniel had long struggled to win Paul’s approval and had spent significant time collecting and analyzing some new data that largely supported Paul’s viewpoint. However, rather than welcoming the new input, Paul became visibly angry at being interrupted, and the rest of the room thought“, here we go again.”

Pausing to shoot a disapproving look at Daniel, Paul pushed on as if nothing had happened. Visibly wounded, Daniel sat back in his chair, mumbling an apology and looking resentful. Reading the reaction among the rest of his executive team and feeling that he had contributed yet again to causing an uncomfortable scene, Paul directed dismissive comments at Daniel, casting responsibility for this “unhelpful interjection” onto him. Daniel responded by defensively trying to rationalize his decision to introduce the new data, only to be cut off and told to “stick to the agenda”. The meeting ended with everyone in an unsettled state and little accomplished.

In our work with top executives and their teams, we often observe scenes like this and listen to our clients recount them. These sorts of unproductive interactions are both common and damaging. In the case of Paul and Daniel, both emerged from the meeting angry and resentful, setting the stage for further strife between them and lost opportunities to move the business forward.

Why do poisonous dynamics like this take hold? In many cases, it’s because leaders and their subordinates are locked in the grip of maladaptive emotional patterns that, when triggered, show up as dysfunctional modes of behavior. Even the best leaders sometimes can fall into these derailing modes of leadership, especially when under stress. Only by understanding these patterns and learning to identify and manage them can they hope to lead and follow more productively. The key to doing so lies in understanding and applying the tools of Schema Theory.

Schema Theory is an integrative school of psychotherapy, developed by Dr. Jeffrey Young and his colleagues in the early 1990’s and practiced worldwide. It combines elements of cognitive-behavioral therapy (which focuses on correcting biased beliefs and altering self-defeating behaviors), and interventions focused on healing early emotional trauma. Extensive research established its efficacy with some of the most difficult-to-treat psychological syndromes, such as personality disorders and chronic mood disorders. It also turns out to have profound implications for understanding why dysfunctional leaders do the things they do.

Where do these deeply rooted patterns – called Early Maladaptive Schemas – come from?  In most cases, it’s from early childhood experiences of not having basic needs met. Every leader once was a child, and like every child depended on others to get basic needs for safety and attachment met. When those needs were not met, for example, through abuse or neglect, or when getting parents’ attention or approval depended on behaving in specific ways, for instance, being perfect at doing things, getting high grades at school, or winning at sports, then deep patterns of behavior get established. Early experiences of abuse, for example, understandably result in a propensity to be mistrustful, and constant pressure to perform can lead to a need to be perfect.

The importance of Schema Theory in understanding and shaping leader behavior resulted from early conversations we had about the challenges Michael was facing in coaching some senior executive clients. For this subset of clients, conventional coaching methods failed to positively impact what appeared to be deeply ingrained patterns of dysfunctional behavior. While these leaders responded somewhat to feedback from psychometric or 360 assessments, they ultimately seemed unable to realize more than temporary change. Helping them appeared to be more the province of therapists than executive coaches.

At the same time, a substantial subset of Wendy’s clientele were people in senior leadership positions who entered therapy because of serious issues in their personal lives, such as divorce or estrangement. In our conversations, we explored the intersection of our two professional worlds and the potential for Schema Theory to provide insight into dysfunctional leader behavior and new strategies for executive coaches.

Ultimately, we concluded that many executives operate in the “shadow” of their early maladaptive schemas in ways that profoundly undermine their effectiveness as leaders. For Paul, his volatility and bullying behavior left everyone who worked for him “walking on eggshells” and unwilling to challenge him, even when it was clear he was wrong. For Daniel, his constant need to seek recognition and approval prevented him from “showing up” more powerfully and effectively.

This has significant implications for the behaviors of leaders. When triggered, Early Maladaptive Schemas can cause people to shift into self-defeating modes of behavior like those experienced by Paul and Daniel

To explore this further, we began by seeking to understand the prevalence and impact of schemas and corresponding dysfunctional modes of leader behavior. Based on existing questionnaires created by the practitioners who developed Schema Theory, we constructed a questionnaire focusing on ten schemas we hypothesized were likely to influence executive leadership. We sent the questionnaire to a sample of former participants in a 4-week executive leadership program at the IMD Business School, getting 55 responses. Analysis of the data showed that the leaders reported significant frequencies for three of the ten schemas we selected, as shown in the table below. The schema with the highest frequency was “Unrelenting Standards,” with almost 50% of the respondents indicating that it was Mostly or Completely True that they exhibited the associated behaviors.

Do you have unrelenting standards?

To see if you have the Unrelenting Standards schema, answer the questions below, Circle the responses that best capture you, and sum your responses for the five questions. If your total is greater than 20 and/or you answered two or more questions with 5’s or 6’s, you probably do.

Schemas can lie dormant until they are “triggered” by specific events (sensory experiences, social interactions, the behaviors … 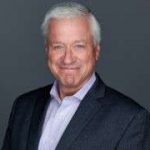 Michael Watkins is Professor of Leadership and Organizational Change at IMD in Lausanne, co-founder of Genesis Advisers, and author of The First 90 Days. He is a recognized expert on leadership and transitions und coaches C-level executives 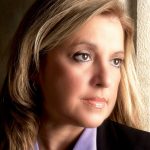 Wendy Behary is a consulting psychotherapist, Director of the Schema Therapy Institute of NJ-NYC and author of the book "Disarming the Narcissist" (Deutsche Ausgabe: "Mit Narzissten leben")