HR-myths: The enneagram – a very old speculation that refuses to die

The enneagram categorizes people into nine personality types. It is based on an old occult system and claims that humans have three brains to nourish the moon so that it can become a planet like earth. Nevertheless it has found its way into HR.

Reformer or perfectionist, thinker or wise person, challenger or powerful person – the enneagram is a form of type thinking that categorizes people into nine more or less distinct categories or what they claim personality types. It is claimed that each human being on earth has one, and only one, of the nine enneagram numbers (Hurley, K. & Dobson, T. ,1991).

The enneagram itself is a geometric figure in the form of a circle in which lines have been drawn between the nine points that are located at equal distances from each other on the circle’s circumference (the Greek word ennea means ‘nine’). Translated from Occulte karaktertypen. De doodzonden van het enneagram by Rob Nanninga (2000).

Proponents of the enneagram often refer to the ancient oral tradition of the Sarmouni brotherhood, a Sufi sect, as having developed „the system“, though others think it has Christian roots. One author (James Webb, 1987) traces the symbol back to the frontispiece of the Arithmologia written by the Jesuit Athanasius Kircher in 1665: 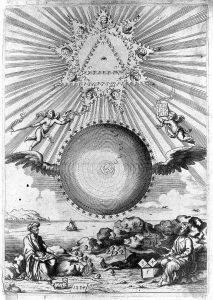 His book indeed features the enneagram figure. On top of the image, Kircher wrote the Greek word „hierarch“ (p. 277, the book is scanned in its entirety by Google Book). The enneagram is referred to as an „occult“ system. Kircher tells us that the three triangles represent „three degrees“ into which „nine choirs of angels“ are divided. The three degrees represent three forces that are necessary to the creation of any phenomenon, according to Kircher. It thus clearly has religious roots, but Catholic leaders have later refuted the enneagram.

However, most proponents credit George I. Gurdjieff (1866–1949), a music composer but also a new age believer and mystic figure from Armenia, when referring to the current enneagram. It seems he first started his „teachings“ on the enneagram in the 1920s. The enneagram was later used as a personality description by Oscar Ichazo and his student Claudio Naranjo. Ichazo claimed that the human body and psyche is composed of nine independent systems that are interconnected. Imbalances within these systems were called „fixations„. The nine systems are represented by the nine numbers (enneagons), which represent a „structural map“ of the human psyche.

Let it be clear that, at that time, not much was known about the personality and people living at that time surely did not have access to our current scientific methods. So all they could do was speculate. 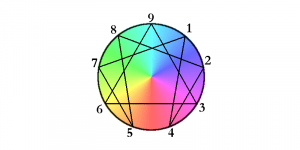 There are also several questionnaires that measure the enneagram types:

The enneagram theory makes some outrageous claims. For example, it represents humans as “three-brained beings” who serve the moon to repay it an eternal debt, because ‘the moon has been split off from the earth.’ However, why humans are to blame for something that happened long before life evolved on this planet is a puzzle to me.

The reasoning behind this typology contains a major fallacy, namely the assumption that every person has only one type. I know, some proponents have pulled a switcheroo, no longer claiming we have only one type, but it is their problem that they changed the theory in a self-serving manner (e.g. In 1987, Riso expanded the type with “wings”: each person has a wing of his/her adjacent type – if you are a three, you have a wing of four and of two. The notion of wings has also been embraced by Delobbe et al., 2002).

Any form of typology reasoning is problematic for two main reasons:

(2) the influence of environmental or contextual factors that cause people to behave differently in different situations (Barkow, Cosmides, & Tooby, 1992; Moscowitz & Zuroff, 2004).

Not only is the theory wrong, empirical data are also lacking for the major claims: 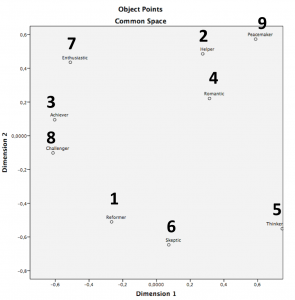 In my book A Skeptic’s HR Dictionary, I have also described how the psychometric properties of enneagram-based questionnaires such as the RHETI and HPI are problematic.

Why do people believe in such myths?

Maybe people feel naturally attracted to the mystic, the occult, esoteric, sorcery, and gossip. The mere exposure effect of the continued influence effect may explain a lot as well since the enneagram has found itself a niche in some HR-midst. Once people have heard of a model several times, it stays in our memory.

And then, of course, there is the Forer effect (1949). Recognizing yourself in the test result, or in a horoscope description, can be a very powerful experience.

Hugo Mercier (2020, Not born yesterday) hypothesizes that people generally are not credulous, but sometimes rely on the wrong experts, or on con-artists who present themselves as experts. Relying on authority arguments is a shortcut most people use. For example, if you go to a hospital, you believe that the people treating you are doctors and nurses. It would be impossible to ask each time for credentials and diplomas. But this makes us vulnerable to false, proclaimed experts. In this case, it is clear people rely on false experts promoting a totally false theory and model.

The false alure of typologies like the enneagram is also the result of the coherent story it tells: it offers a rather simple explanation (only nine types) to navigate a complex world, giving people a sense of control and understanding.

Our coalitional psychology also offers a partial explanation: once HR-people have enrolled themselves in training program or are „certified“ users, they will count themselves among the „ingroup“ of enneagram-believers. Any criticism will cause cognitive dissonance (including feelings of discomfort). Humans have many ways to reduce this discomfort: they will use different techniques of motivated reasoning (i.e. find arguments to defend their previously held beliefs), by self-justifying, denying, discrediting science, accusing the „outgroup“ members of having their own agenda etc. They are so predictable.

How will proponents defend this myth?

It is likely they will either continue to claim it is a good and scientific model (which it is not, but some researchers have lent themselves to validating questionable enneagram-questionnaires), or just the opposite. In the latter case they might claim that (Western) science does not know all the answers, and that there is a lot of „ancient“ wisdom. They might also say that it doesn’t matter whether the questionnaire is scientific: it is just a conversation starter. But what if your starter is entirely wrong? Would you find your way in Paris (if you don’t live there) based on a wrong „starter“ map of Berlin? It is one of the weakest arguments, but at first sight, it sounds good and convincing. But it’s not. Garbage in, garbage out.

Edwards, A. C. (1991). Clipping the wings off the enneagram; a study in people’s perceptions of a ninefold personality typology. Social Behavior and Personality: an international journal, 19(1), 11–20.

Hurley, Kathleen V., & Dobson, Theodore E. (1991) What’s My Type: Use the Enneagram System of 9 Personality Types. Harper San Francisco: p. 15: „It is important to remember that each person has one, and only one, Enneagram number„.

Palmer, H. (1991). The Enneagram: Understanding yourself and the others in your life. San Francisco: Harper. 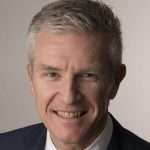 Patrick Vermeren has been in the business of human resources since 1997. Since 2001 he has worked as a practitioner-consultant for a Belgian provider of training and coaching. He is a writer, journalist and board member of SKEPP, the Belgian Skeptics organization and is widely recognized as an expert in HR matters.