COVID-19 Changes everything – and nothing.

For employers, best practices during a pandemic are no different than before: take care of your people.

COVID-19 has seemingly changed everything. Many people who are lucky enough to have jobs now work from home. Children go to school at home, with parents expected to provide oversight and help with learning. College students and older kids have returned home to shelter in place.

One result of all of this being at home: Multitasking is now the new normal. A CEO who has children ages three and six told me that she (with help from her husband) was simultaneously running a company, a daycare center, and a school.

But expecting individuals to do their jobs with the same level of concentration and performance is insane. “People are finding it harder and harder to get things done” — and for good reason. Not only are they tackling tasks in different work environments (likely with fewer interactions with bosses and colleagues), they are trying to do so while being bombarded with dire updates about health outcomes and the state of their retirement accounts.

When I went looking for advice about how to manage workers through what is, one hopes, a temporary albeit highly stressful situation, I was struck by how many of the recommendations seemed like general best practices. Here’s what I heard from a handful of companies navigating this new work/life reality.

Job loss raises the risk of premature death by 63%, negatively impacts both physical and mental health, and about doubles the suicide rate. But is it possible to retain employees in such difficult economic times? Of course it is – because layoffs are, in part, a choice. They are also a consequence of how leaders run their business. During the 2008 recession, for instance, Whole Foods laid off fewer people than Stanford University, which has a multibillion-dollar endowment. After 9/11, Southwest laid off no one, unlike its peers in the airline industry.

More recently, in response to the COVID-19 pandemic, 24 Hour Fitness laid off every one of its 30 director-level people, GMs and area managers, according to a former employee. In most cases, the layoffs were effective immediately – with few people getting even 90 days of severance and most getting nothing. Meanwhile, Lifetime Fitness, a private equity-owned competitor, announced that all of its C-level folks would work for no pay so that layoffs could be avoided, according to that same source.

As you can imagine, sidestepping layoffs allows companies to retain talent that can spring into action when things recover. (As that former 24 Hour Fitness employee wondered, “Who is going to run the place when they reopen?”) It also generates gratitude and extra effort from the team. Jim Goodnight, cofounder and CEO of software company SAS Institute, which avoided layoffs during the 2008 downturn, noted that employees found ways to save money and enhance productivity once they felt secure. Taking care of your people is always a good idea.

Too much of organizational life is filled with busy work, unnecessary meetings and forms and processes that don’t add value. But a crisis is a great time to redesign how we work. One reason for the crazy hours that have become all too customary (and are mentally and physically detrimental to our health) is that we believe “everything is equally urgent”- even though, of course, it is not. Better prioritization helps employees focus on what matters most (both personally and professionally) and clears away distractions, setting them up for greater success.

In practice – and in response to COVID-19 – that might mean immediately putting all of the long-term, non-critical projects (like completing 360-degree performance reviews) on the back burner so that people can focus on the most mission-critical tasks. In fact, that’s exactly what Sarahjane “SJ” Sacchetti has done as CEO of Cleo, a company that offers virtual support and resources to those “on their journeys through life as parents.”

Is it possible to retain employees in such difficult economic times? Of course it is – because layoffs are, in part, a choice. They are also a consequence of how leaders run their business.

But shifting priorities alone isn’t enough. Employees often feel under the gun because some critical task falls squarely on their shoulders. (No wonder people often work while sick.) Under Sacchetti, Cleo changed the system of individual accountability, so that for important projects, there were at least two people – and frequently more – who shared responsibility. That way, if pressing issues came up in their lives, they could easily cover for one another. Not only does this provide a sense of support among workers, but it ensures that important tasks are always completed.

Embrace the connection between work and family

Pretending children don’t exist during business hours was never a realistic solution. “Every day is ‘Bring Your Child to Work Day’ because that’s what’s on employees’ minds,” Sacchetti says. “While they’re at work, parents are thinking about daycare pickup, the fact that their child has a behavioral issue, how they’re going to create a nutritious meal.” This precarious balancing act has been made more apparent by the pandemic, but it’s long been an issue that companies have failed to adequately address.

A report from the Center for American Progress noted that 90% of fathers and 95% of mothers experienced work-family conflict, which studies show leads to greater absenteeism, more turnover, reduced labor force participation (particularly for women), and reduced productivity. The COVID-19 crisis is a perfect time to finally remediate family leave, paid time off, and other policies that could smooth the divide – and lead to better outcomes for both individuals and companies.

Assess how people are doing

Without data, it is impossible to manage anything, including employee well-being and engagement. That’s why it’s critical to be smart about gathering feedback. Recently, Gallup published five “pulse” survey questions that any company can use to make sure they’re meeting the needs of their workers during this crisis. If management is failing to properly communicate or build confidence among employees, they can rethink and test out new strategies and practices before soliciting more feedback down the road.

Meanwhile, global design company IDEO instituted a tracker so they could identify the whereabouts of employees – whether they were at home, caught in a remote location, or staying with other family members – to better support them in their work. Armed with that knowledge, the company was able to provide equipment (at no cost to the employee) as well as social support and referrals to mental health professionals. In general, assessing people’s well-being and checking in on them is a clear signal that an organization cares.

Now is potentially a great time to challenge employees to reimagine processes that have been done a certain way “just because.” (Think of all those wasted hours at unproductive meetings.) IDEO’s Head of HR, Duane Bray, for example, shared that the company crowd-sourced ideas from employees for how it could move its mostly in-person design research methods online. Encouraging workers to think outside the box may well lead to superior business solutions that can simultaneously make everyone’s lives easier.

Reducing economic insecurity and stress, eliminating non-value-adding activities, giving people back-up, recognizing employees’ familial responsibilities, assessing how workers are doing (and providing support), and examining the possibility of working in new ways are all sensible suggestions. Not just during the COVID-19 crisis, but all the time. In that sense, the current health crisis changes nothing about what good leaders and good companies should always be doing. It just makes those actions more urgent. 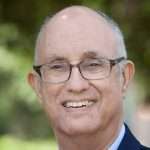 Jeffrey Pfeffer is the Thomas D. Dee II Professor of Organizational Behavior at the Graduate School of Business, Stanford University where he has taught since 1979. He is the author or co-author of 15 books including: "Dying for a Paycheck: How Modern Management Harms Employee Health and Company Performance - And What We Can Do About It" and "Leadership B.S.: Fixing Workplaces and Careers One Truth at a Time".